Another well attended Open Sunday featured a visit from the local RSPB who set up a small information tent for the day and a guided walk followed by a fascinating talk by local fungi expert Justin Long. 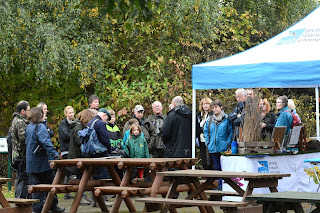 Although Justin was a little pessimistic regarding our hopes of discovering much in the way of fungi around the reserve (apparently weather conditions have not been ideal) fortunately thanks to some young and very keen eyed fungi spotters quite a few species were observed. 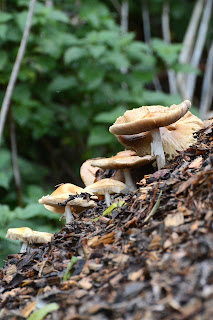 Woodchip piles are it seems are a relatively new habitat in which mushrooms can be found, these particular examples could not be conclusively identified on the day. 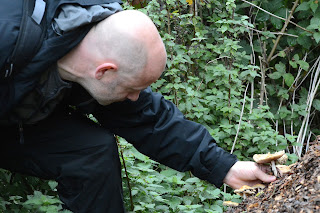 Provided common sense is used there is no harm in picking a few fruit. 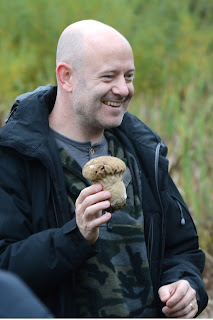 Including this rather magnificent Puffball, which Justin is demonstrating how it releases it's spores into the atmosphere. 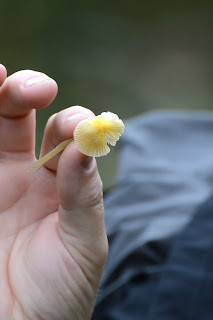 From the large Puffball to this tiny "Poached Egg" 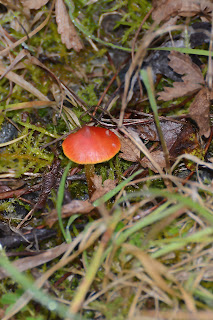 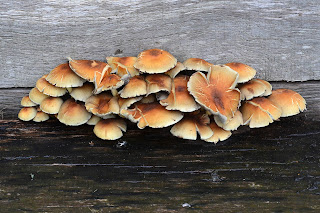 Rather frustratingly after Justin had departed we discovered a whole host of fungi around the raised pond - possibly Sulphur Tuft - Hypholoma fasciculate.

Many thanks to Justin for a vey entertaining and informative morning and for bringing so many samples for us to discover and learn about. Hopefully we will be able to persuade Justin back on future occasions.